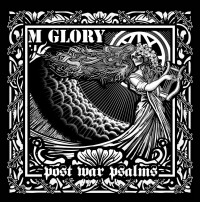 Morning Glory has always been an under appreciated band whether it comes to their older ska punk years or their newer material that they released through Fat Wreck Chords. The band is criminally underrated and the bandâ€™s front man Ezra Kire does not get the credit for having the musical talent that he deserves.

2012â€™s Poets Were My Heroes was the bandâ€™s grand statement that they were back, but that they were not the same crack rock steady band they were once before and the overall consensus was quite positive towards that record. 2014â€™s War Psalms was a pretty different story. The band doubled-down by continuing to stay away from ska punk and instead embraced their big, anthemic sound, or what they call â€œrevolution rock.â€ Although the critics overwhelmingly praised the release (not just Punknews, but also Dying Scene, New Noise, etc.), it seemed to be very divisive amongst the fans. Many absolutely loved it and many did not. Both albums are outstanding in their own ways, as is the bandâ€™s early material. And yet, here we are just about two years after the release of War Pslams and we havenâ€™t heard much from M-Glory. They barely toured in 2014 and 2015 in support of their last album and they had been relatively silent up until they recently announced that their bassist â€œMetalâ€ Chris was starting his own label, Buyback Records and Post War Psalms would be its first release (with the help of Ryan Youngâ€™s Anxious and Angry label).

The way to go about listening to Post War Psalms is to take the title literally. This is very much a â€œsmaller sequelâ€ to War Psalms, in that it is a shorter EP where Morning Glory continue to explore and broaden their â€œrevolution rockâ€ sound. This EP acts so much like a sequel that you can hear allusions to songs from their prior full-length. In â€œBattle Songs,â€ which acts as the introductory track, you can hear the marching snare drums and the rumbling guitar riffs from â€œI Am Machine Gunâ€ as well as the gang â€œwoahâ€™sâ€ from â€œI Want Control.â€ The track â€œClean The Worldâ€ borrows the high-pitched guitar riff from â€œNationality Anthem.â€ And what is absolutely amazing is that though these parts are from songs we have heard before, M-Glory still manages to make these new ones sound radically different from what you hear on War Psalms.

Of course the band doesnâ€™t only mix and match parts from that album to create Post War Psalms -- far from it actually. The band members really pushed themselves to make these songs stand out from everything that they have released thus far. The piano-infused track â€œDeaths Longâ€ starts out with this incredible riff that incorporates these giant, sharp bends, which is something we have not heard too much from M-Glory up until this this point. The song also has Ezra Kireâ€™s intricate piano parts following the guitarsâ€™ crunchy power chords. The two mesh beautifully with his anthemic vocals.

Another noteworthy song is â€œSuicide Salad.â€ Just by judging from its title and lyrics (as well as the lyrics in the solo-piano track â€œAccidental Suicideâ€) it is very clear that Kire still has his borderline fascination with the notion of taking oneâ€™s own life. But when it comes to â€œSuicide Salad,â€ it is something not heard in M-Gloryâ€™s discography before. On the track listing the band calls it a â€œsparring sessionâ€ between Ezra and guest vocalist Brian Viglione where they yell verses back and forth to each other over the drum beat and at times a fuzzy, rolling bass riff, too. However, once the chorus starts the rest of the band joins in and the two vocalists switch to singing what they appropriately name in the lyrics â€œsoaring melodiesâ€ â€“ a vocal characteristic that dominates the majority of this EP.

Once again Morning Glory has blown all expectations out of the water with their new release. Post War Psalms is an extremely innovative follow up to War Psalms. By now it should be clear that Ezra Kire can do no wrong at this point in his musical career. M-Glory has shown that they have mastered their more modern sound time and time again. Simultaneously they have successfully left their ska punk sound in the distance. That part of the bandâ€™s past wonâ€™t be anywhere near forgotten, but it is incredible how much M-Glory has evolved since their early years. But in terms of this EP specifically, put it this way -- if War Psalms is the movie The Godfather -- the undisputed classic, then Post War Psalms is The Godfather: Part II -- a very close sequel (and weâ€™ll just pretend The Godfather: Part III didnâ€™t happen).