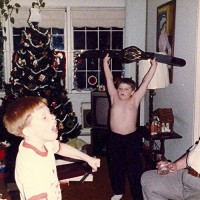 Kevin Devine's a guy I gave attention because of his rapport with Manchester Orchestra. Lo and behold, he's a pretty great songwriter and solo artist, bent on bringing you warm, sentimental acoustic/pop jams. Instigator, as the title implies, finds him less tongue-in-check and much more direct in what he has to say. It's still personal but this time he branches out even more into the state of the world, namely politics. While acts like Devine aren't going to tug at you the way that Sufjan Stevens or John K. Samson would, his voice feels very important to listen to. This album is an example of his charm, however it ends up a bit meandering and somewhat repetitive -- but it should prove a decent-enough starting point for those looking to jump onboard.

Most of the album are tight power-pop jams that fans of Hot Water Music, Motion City Soundtrack and even, Jimmy Eat World can relate to. Â "No Why" as well as "Instigator" are great examples of this off the cuff. In fact, the JEW vibe's played up a lot on the latter as well as on "Daydrunk" which Devine's simple, easy-to-listen musicianship brings out for those of us looking for some radio-friendly tunes. Laid-back alternative for the contemporaries or college kids delaying studies. Then, as I mentioned, there are the provocative songs like "No History" which stands out the most. It's an energetic, singalong pop-punk jam on what 9/11 means to Devine which holds just as much emotive weight as when he dials it back for the soulful acoustic of "Freddie Gray Blues" -- addressing police brutality. Â "No One Says You Have To" is another of this strummy jams, which is definitely his major strength.Â

While a lot off Instigator are witty, razor-sharp tunes, the tracks that don't connect really fall by the wayside. They feel like middling material and filler that could have been cut to keep the album two or three songs tighter. That to me would have been more concise and given it an extra star because if you've listened to his work before, when it's crammed in and under pressure, there's a rawness and brash exuberance he usually unearths that is missing at times here. Still, Instigator is worth the pickup because he pulls no punches and continues to show what he's got up his sleeves. One of the indie artists to keep an eye on for sure.

Boat Race Weekend: Throw Your Head to the World!