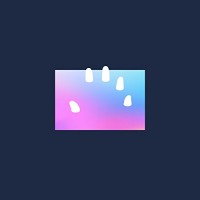 Over the last couple years I've listened to some really amazing records that transcend any stigma that the 'emo revival' brought with it. Modern Baseball, The Hotelier, Annabel, Prawn, Signals Midwest, Dikembe, Dowsing, Sorority Noise and anything related to Evan Weiss are among the few that stand out. You Blew It! follow suit with another melodic, twinkly record that pushes forth with a fuller sound, building on the warmth and promise of records old. Abendrot translated from German means sunset but in this case, it feels like the opposite -- wrapped in a deep breath you've been holding in for a long time.

Tanner Jones' charisma is a big part of what drives this record. His vocals are nothing groundbreaking but ring so comfortably, hitting home and reminding you how reality feels. He matches the record's varying tones and tempos so well as they swing from minimalist ballads to guitar-driven indie rock jams. "Like Myself", "Forecasting" and "Sundial Song" are examples of the latter, feeling similar to Runaway Brother's Mother. "Greenwood" feels shimmery like Foxing but has a math appeal a la Tiny Moving Parts to continue showing how mixed Abendrot unfolds. I can't lie though, I love when they get more aggressive and rough a la "Autotheology". There's quite a few sub-genres clashing but they combine them pretty well on this in particular.

Evan Weiss' production on the band's third-full length reverberates loudly with a lot of Into It. Over It. and American Football glossing over as well. I love how tight and sharper they sound compared to the older material. Later on, things get switched up a lot and all of these influences are quickly put to bed but YBI distinguish themselves much more. You feel more character and a distinct personality in their ebb and flow.

"Minorwye" has a grungy feel to it but falls a bit flat without that finale the song promised. Still a pretty cool track though.Â "Arrowhead" follows up and fulfills this climax with a sound that's best described as '80s meets shoegaze/emo vibe with the distorted vocals -- feeling like the current Will Yip signature. "Basin & Range" helps close things off in pop-punk style, capped by "Kerning" -- a piano-driven ballad that dials the album down fully and lets you seep in all the emotion on hand. In terms of appreciating this, I can't stress how much I do because this record blew away all expectations. It never stands still and always finds a way of resonating like the bands I mentioned earlier. One of the best this year.Â