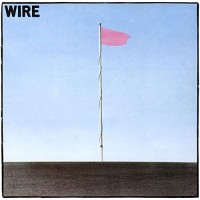 As history shows, 1977 was a very important year in punk rock music. Hereâ€™s a list of the most essential releases that straddled the genre in many ways:

The Ramones â€“ Rocket to Russia

The last album listed is one that needs to be mentioned a bit more. In the throngs of all those great releases, Pink Flag (released in December of that year) stands tall as perhaps the most accomplished. In fact, itâ€™s perhaps the most influential arguably. Thatâ€™s a strong statement, but the roots that sprung from it go deep in the genre.

Think of a family tree, but of punk bands and styles. Not all relatable, but surely inspired by one another. Punk rock evolved from out of nowhere. Almost like a big bang. Wire somehow tapped into that unknown source and concocted a massive album thatâ€™sâ€™ only a little over 35 minutes long, but enormously organic.

Thereâ€™s not a single throwaway track of the 21 contained here. Each track by itself is like a portrait painted to perfection. This music was all sprouted from the time and conditions of which the band lived in, and from those places comes forth fantastic orchestrations (yes orchestrations!) that are instantly relatable and still hold up both in lyrics and sound.

The inspirations this album gave is the huge aspect. Sure those punk albums of 1977 carved paths for future artists, but some on more superficial levels. Some inspired a certain â€œlookâ€. Some inspired certain â€œtechniquesâ€. Other, perhaps to a fault, inspired utter trash heaps of mediocrity in shameless rip-offs, but for each album listed they at least did their part in the scene. Pink Flag though is another beast.

Bands like The Minute Men were inspired for shorter, more tight song structures, Guided by Voices for the wealth of tracks on their albums, Minor Threat for approaching simple songs with intensity levels cranked up to 11 (listen to their cover of â€œ12XUâ€) and The Cure for everything after their debut release. Even Brit-Pop band Elastica took a leaf from Wire when they practically stole the guitar riff from the song â€œThree Girl Rhumbaâ€ (an out-of-court settlement happened because of it!).

When Pink Flag first released it garnered great reviews, but did not sell well and was left to be forgotten amongst the other lot. That did not stop the album from garnering a cult like status and massive appeal. In many retrospective reviews the album is ranked high in lists of greatest albums ever made and thereâ€™s nothing wrong with that. It deserves those spots because in hindsight everyone should have got on this.

So yeah, in the very end of the day we have right here the album Pink Flag by the UK band Wire. Itâ€™s punk rock 101 and worth your time and attention. Canâ€™t really pick highlights because each frigginâ€™ track is amazing, but the songs â€œFragileâ€ and "Mannequin" are fun little pop tunes. Dig itâ€¦

All Torn Up: Live in Buffalo

Titus Andronicus / Craig Finn: No Faith / No Future / No Problem