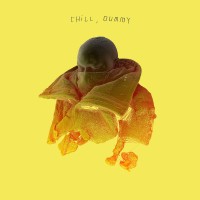 I seem to look for very different things from a Hip Hop album than I do from a rock album. With rock music, I look for an emotional connection, and focus on how the music makes me feel. With Hip Hop, I look to be impressed with what I hear. I want to hear verbal gymnastics, mile-a-minute rhymes, and dense, complex production. This might be why I so prefer underground Hip Hop to mainstream: mainstream Hip Hop artists spend too much time talking about how great they are, where underground Hip Hop artists focus on demonstrating how talented they are at their craft. Well, Chill, Dummy, the latest release from Doomtree collective founder P.O.S., delivers on everything I look for from a Hip Hop record.

The first two tracks, “Born a Snake” and “Wearing a Bear” instantly set the tone for the album with their fierce production and high-speed lyrics. He makes sure, right off the bat, that he’s not going to shy away from political topics, invoking Black Lives Matter in the opening track. But probably my favorite track on the entire album has to be “Pieces/Ruins,” simply because it sounds like P.O.S. told the song’s producer, Cory Grindberg, “Make me a beat that’s impossible to rap over, and I’m a rap over it.” P.O.S. pulls off an impressive rap over the challengingly syncopated beat, and then featured guest Dwynell Roland comes in to do a second verse. Just when it seems like the song is over, and the song even fades out to trick the listener, the song starts back up as one of the greatest rappers in the world right now, Busdriver, shows up to add a third verse to the challenging beat.

The crowning jewel of the album is the nearly 9-minute long closing track, “Sleepdrone/Superposition.” Punk fans will be excited to see that, amongst the eight featured guests on this track, is riot grrrl legend Kathleen Hannah. Unfortunatly, Hannah’s contribution to the song is extremely minimal, but once you get over that disappointment, the rest of the track becomes this sprawling opus that takes you on an incredible emotional journey.

P.O.S. is a very busy man between Doomtree and his solo material, but he still manages to continue putting together deeply complex albums that take a few listens to digest completely. To anyone reluctant to give Hip Hop a try, Chill, Dummy is a good album to start them on to demonstrate the monumental works of art that can be created in the genre.