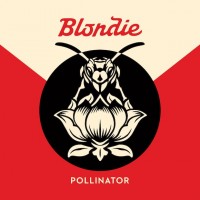 I have a distinct memory from my childhood of my dad telling me that the most important thing about The Beatles was that they actually wrote their own songs. My mom would say it was shifting the standard release to the full album instead of the single, but that’s another story altogether. Regardless of whether either of their assessments of the most influential band of time were correct, that comment my dad made about writing their own songs always stuck with me. I look at pop stars who have a team writing for them instead of writing their own songs, and then figure you can add auto-tune on top of that, so what is the person credited as the creator of such music even doing to be part of the creative process? It’s one thing if you’re the cowriter of your own material, but even that we can’t trust anymore.

Luckily, most of the type of music I listen to doesn’t have that kind of nonsense, and the artists write their own music like they should. That was until now, as Pollinator, the new Blondie album, is almost entirely written by guest writers, with minimal input from the band members themselves in writing new songs. Blondie has been desperate in trying to get some new hits out in the 2010’s (and the 2000’s for that matter) with little success. I have a little hypothesis about this. I’ve never seen Blondie live, but I’ve seen them perform on television a little while back and I’ve seen some YouTube clips. In some fairly recent YouTube clips of Blondie playing their old material, it seems that Debbie Harry always either sings it in a lower register than you’re used to, or she noticeably stretches (and often fails) to hit those notes. I think Harry is struggling to hit the notes in the material the band is known for, and they want to get some hits in a lower register that are easier for her to sing, and since nothing else is working, they decided to try a guest written album. Their previous ploy was to actually bundle in their new album with a greatest hits collection, probably because, I’m guessing, they sell more greatest hits collections than studio albums. But having other people write your album for you is a weak trick, and it’s one that produces mixed results.

Some of the songs seem to have been written by people who have only ever heard “Heart of Glass,” because there are not one, but two instances of the very thing about “Heart of Glass” that drew so much ire from the punk community in 1979: Disco. “Fun,” the lead off single the album, is an overly long, repetitive disco nightmare written by a committee including Dave Sitek of TV on the Radio. The other disco tune, “Long Time,” which Debbie Harry actually co-wrote with one of the guys from the Test Icicles (he’s done a ton of other things, but that was the only thing on his Wikipedia bio that I cared about) sounds eerily like “Heart of Glass” itself. “When I Gave Up on You” is blatantly auto-tuned, thus lending credence to my theory. Really, the best songs on the album are the only two written by band members and long-time songwriters Debbie Harry and Chris Stein, “Doom or Destiny” and “Love Level.” The rest are all decent songs, but what it largely amounts to is a very forgettable album, with not too many songs that really go above and beyond to leave a lasting impression. It sounds like a weak rehash of their 70’s and 80’s material with less soul to it.

Don’t get me wrong, Blondie is one of my favorite bands to come out of CBGB, and Parallel Lines is in my top 10 albums of all time, but since their reunion in 1999, I don’t know if they’ve really been a relevant band, outside of the single off their first reunion era album, “Maria,” which may be the last truly great Blondie song. If I’m wrong (and I hope I am) about Harry having trouble reaching the notes in the old songs and I’m just watching some YouTube clips from the bad days, then maybe they’re more suited to a career like X, of just touring the old hits and not trying to produce new material. Otherwise, I don’t know what it’s going to take to make Blondie a viable band again, because Pollinator is a gimmick that just didn’t pay off.

Have Mercy: Make The Best Of It