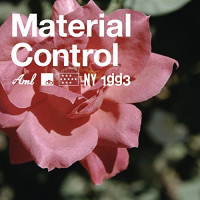 Right at the tail end of 2017 Glassjaw made a stealth move and released their third full length album Material Control to the masses. This is a fantastic album and worth your time to cut this review short, but continue reading if you want more words.

It’s been about 15 years since their second album Worship and Tribute came out and helped the band ride the 2000’s Emo/Post-Hardcore wave that has pretty much died off presently. The exception seems to be a resurgence in more earnest acts that do their best to carry the torch and return to the 90’s which can been seen as pretty great, or a proposed lack of creativity on the sum of their parts. Regardless, there is a romantic charm here for a sound that was just about gone from people’s memories unless the artist ended up next in shuffle on their music streaming service.

I’ll make just one comparison here to help those with maybe wild expectations on what they think, or hope this album sounds like. And when I say this comparison I don’t mean it in any derogatory way, because I honestly think it’s pretty friggin’ cool. This album takes the classic sound of Glassjaw and throws it into modest production with the end result sounding like a cross between Deftones and not joking here… Jane’s Addiction. I love that.

Daryl Palumbo sings with high soars like Perry Farrell once did on Nothing’s Shocking and then he comes down with a croon that brings to mind Chino Moreno from the White Pony days. This combination of vocal styles is exquisite and adds this layer of mood to the album making it feel more soft and welcoming to the listener.

But don’t let the words soft and welcoming fool you. There is a balance of powers here. Of course you still have the screaming, and Daryl delivers again but it doesn’t have the same youthful punch that was heard on those early albums. It’s not even in the same vein as their two awkwardly released ep’s back in 2011, Our Color Green and Coloring Book. This time it feels more like he’s in a controlled environment and is hitting a certain “level” that he doesn’t want to override. Like a balancing act going up and down a horizontal line of sound if that makes any sense. He seems comfortable in his delivery and you can chalk that up to possibly his age or lack of interest, but I think it’s more of a choice in his own personal reflection from the music itself. It’s harsh yes, but also feels more meaningful because of the delivery.

And yeah, as for the music itself it’s on point. This entire album was written by Palumbo and guitarist Justin Beck who handled all of the instruments except drums, which were performed by Billy Rymer of the Dillinger Escape Plan. Former members like bassist Ariel Telford contributed on older recordings and there’s guest vocals from Mind over Matter’s George Reynolds on the track “Pompeii” but otherwise it was a secluded production that the two most consistent members did themselves.

The overall sound of the album is like a genre clash of Post-Hardcore and some slight Nu-Metal tinges which might make you wince when you read that. It can seem strange that Nu-Metal is silently creeping back into things, but don’t let it worry you too much. It’s most likely the pattern of the infinity loop (∞), where music makes its comeback through a natural progression of time. Certain styles making a comeback can either be lame or used in unique ways to bring nice flavorings. In the case with Material Control, this doesn’t sound like those certain acts you might remember from the old Ozzfest days. Instead I’ll say it’s more of the strange dissonance in the instrumental sounds and the delay in certain aspect of tone. There’s not a whole lot of Hardcore riffage or horseshoe pit opening guitar squealing that makes the kids want to start a ruckus, but instead more chunky, almost groove like approaches. It all blends together nicely and each track flows from one to the other like a continuous song. The whole album itself feels like a large piece only divided by the need for individuality among the tracks I guess.

Some highlights to check out are opener “New White Extremity” which should hopefully get your attention and leave a good first impression on what’s to come, “Shira” which has this incredible bass riff that chugs ferociously making the song feel like a heavy armored train going uphill, “Golgatha” for a healthy dose of spastic guitar combinations that make no sense, and “My Conscience Weighs a Ton” which takes up part of the back end of the album and careens the band, and listener, off on a good amount of classic Glassjaw swoon.

Overall, I don’t think fans could have asked for more. This is what was wanted, and needed for the fans. It took a few listens to sink in because this is a heavy hitter in all forms of music styles and subject matter, but the end result is a very awesome comeback and something to keep in rotation for years to come as we all get older and this Glassjaw album stays the same.