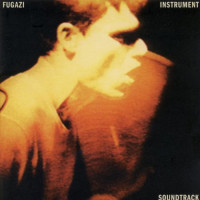 The musical landscape of the mid-to late-nineties was a cookie cutter breeding ground for overtly macho alternative rock, supremely cringe worthy formulaic pop punk, and sugary sweet cellophane wrapped teen pop groups. Being a fan of underground music during that time was extremely exciting. A lot of new bands were starting, releasing great records, and creating new genres of underground music. Probably the most important catalyst in all of this: Fugazi. Fugazi, unlike most bands of that period, was shrouded in mystery. The mystery elicited far too many myths about the band. We never really knew what to believe about them. But this we knew for certain: the band was made up of ex-Minor Threat and ex-Rites of Spring members; they kept their ticket prices at five dollars per show; and they released their own records through member Ian MacKaye’s Dischord Records. Even in the relatively early days of the internet, Fugazi had unparalleled intrigue and excitement surrounding them. Bands like the Smashing Pumpkins or Rage Against the Machine were insanely popular at the time, but what they didn’t have was the ability to captivate underground audiences like Fugazi. You could see Smashing Pumpkins or Rage Against the Machine on the cover of every popular music magazine, or hear their music all over radio, and watch their music videos on television. When you do that much press consistently for years it starts to wear away that layer of mystery your band has created. Fugazi had all of those opportunities at their fingertips but decided to not take part in the mainstream media outlets. The band also had a hardline policy of not doing interviews with magazines that ran tobacco or alcohol ads which automatically rules out the bigger media sources.

Fugazi couldn’t care less. And as far as seeing them on MTV, or hearing them on your local radio station? Forget it. You’d have a better chance of having them play your house for your high school graduation party. Back in the day if you wanted any information on Fugazi, the best way to go about it was to pick up an underground fanzine or write a letter to Dischord records. But the times were changing, and they were changing rapidly. Which brings us to one of the most important periods in the career of Fugazi. All of the mysteries surrounding Fugazi, such as they are, began to crumble in 1999 when Dischord Records released the Jem Cohen film, Instrument. Released simultaneously was the film’s soundtrack which ended up becoming one of Dischord’s best-selling releases. Filming for Instrument began almost as soon as the band began in 1987, continued for eleven years, wrapping in 1998. The film not only captured the band’s creative process, but also their emotionally volatile live performances.

Watching the band turn the Guy Piccioto drug addict lament of “Glue Man” from its original four-minute pleading wail, into an intensely beautiful cathartic release is nothing short of mesmerizing; or watching the gut wrenching cry of the song “Shut the Door” turn into a musically mental game of cat and mouse between Piccioto and MacKaye as they sway rhythmically with guitars in hand, is a thing of beauty. The live performances compiled to complete Instrument not only showed one of the greatest bands in their prime, but one of the greatest bands in rock history. The fact that every night they hit the stage, had no set list and were still able to put on a seamless captivating show is nothing short of amazing. For those of us who have seen Fugazi, we know just how incredibly intense and moving they can be. For the rest of you: Instrument might be your only way to experience Fugazi.

After Instrument came out I remember having multiplies viewing parties with friends; we’d sometimes watch the film twice in a row. Watching Instrument we’d get excited, and our collective minds would begin to create. To me that’s the true test of the greatness of a band. If a band has the ability to inspire, simply from a viewing of a music video or a film, that speaks volumes to their power. Fugazi was, and still is, one of those bands that will have a lasting effect on all those that hear their music or watch the film Instrument.

The soundtrack of Instrument, released at the same time as the film, had a profound effect on the public at large, more so than the film did. The film seemed to be for Fugazi fans, but the soundtrack became something that people that weren’t even fans of the band championed. The soundtrack had a further reach and more lasting presence than did the film, and proof of that lies in the track “I’m So Tired.” “I’m So Tired” is a track from the Red Medicine demo sessions and is the most covered and loved Fugazi song to date. There are ukulele versions, synth versions, exacting cover versions, and the list goes on; just go to YouTube and see for yourself. The rest of the record is made up of six demo versions of songs that would make up 1998’s End Hits, one demo version of a song that would end up on 1993’s In on the Kill Taker, and the rest are outtakes and unreleased tracks. A majority of these songs are instrumentals, but the ones that do have vocals act as sketches that the band came back to later or…. It’s an extremely versatile listening experience and one of those records you can put on while you’re reading, cleaning the house, or driving late at night. It’s a beautiful selection of songs from the secret sketch pad of a band that liked to keep their creative process close to home. The soundtrack spoke to many people outside of the punk world and continues to do so to this day.

The importance of the film and soundtrack just gives more credence to the fact that Fugazi was, not just the greatest punk band to ever exist, but one of the greatest rock bands to ever exist. A lot of punk bands definitely talk the talk, but do they walk the walk? Fugazi does, but they also wrote the book on just how the walk should look, and how the talk should sound. Instrument not only gave people who never saw the band live the chance to finally do so but was also the first chance to look at the world through Fugazi’s eyes and understand why they do the things they do. Instrument’s release broadened Fugazi’s fan base considerably, and late night viewings ultimately became an instrumental way of introducing the band to those unfamiliar. My first Fugazi experience? A friend bought me a ticket to see them in Chicago. Not only was it amazing, it was life altering. I wish I could pass that gift along to someone, but it looks like those days have passed. All I can do is give my DVD copy of Instrument away and hope the excitement sparked in me twenty years ago is still achievable.