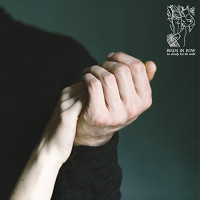 French hardcore band Birds in Row have hit their stride. Their prior album on Deathwish, Personal War, despite its strong songwriting, still felt at times restrained and muddled. In contrast, the production of We Already Lost the World is crisper, and the band has taken a bolder approach to songwriting by incorporating elements of post-punk, alternative rock, and the occasional clean vocals. I noticed that an Apple Music editor or algorithm has also categorized the album as "Alternative," while tagging "Metal" to Personal War.

Don't get me wrong though. This is still a chaotic hardcore album in same vein as Pg. 99 and older Pianos Become the Teeth records. The more melodic elements feel cohesive within context of the album and are still steeped in the album's themes of melancholy and nostalgia.

This album also highlights the band's strong rhythm section. Several of the songs, like "Morning" and the standout track "I Don't Dance," have a unique groove to them built around drums and bass.

My only criticisms are that some of the lyrics seem impenetrable or fall into clichés ("Love's still love when lone men sing; it clings to hearts that drugs can't ease"), and a few songs could have probably been tightened up a bit. Most of the songs on their prior album, Personal War, were between 90 seconds to 2 1/2 minutes in length; whereas most tracks on We've Already Lost the World are over 3 minutes, with several over 4 minutes, in length. Overall though, this has more to do with growth in songwriting and not wasted space or filler.

Birds in Row have created one of the best hardcore albums of 2018 – an interesting progression on the broader screamo genre, and a unified, pessimistic theme that seems well-suited to our current times.