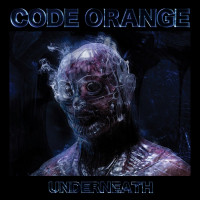 You can’t help but feel Code Orange were in an invidious position going into this record. Their 4th in total, 3rd since shedding the ‘Kids’ from their name, but most notably - the follow-up to the critically-acclaimed and vastly influential Forever that hit the heavy music world like an atom bomb back in January of 2017. I won’t labour the point too much, but without Forever, you probably wouldn’t have some of the very newest crop of contemporary hardcore bands and the ones who were already established at the time may not sound entirely like they do now. You can trace a dotted line to bands such as Vein, Knocked Loose, Jesus Piece and plenty of their contemporaries when you listen to Code Orange’s last outing. Basically, it changed the landscape and scope of what a heavy band could be for a lot of people.

So apart from having their music featured on wrestling shows, their names and faces emblazoned across Times Square and being nominated for a Grammy, what have Code Orange been doing in the intervening three years? It seems like they’ve hardly been away, which is kind of odd. They released a 2-track (plus a remix) EP last year, but otherwise they’ve remained present primarily due to their influence. But back to my initial point; are a band on a hiding to nothing when trying to follow up a record like Forever? In Code Orange’s case, then it’s a resounding ‘no’. Firstly, because their overtly ruthless ambition is such that they relish the prospect of the eyes on this new record and have openly been saying they want more than just underground veneration. Unsurprisingly then, they’ve been utterly obsessive in the crafting of this record, which is clear from first listen. The extent of sound manipulation is beyond that which existed even on Forever. There are glitches galore, wild stabs of disorienting silence, vocal effects and synth lines that sometimes subtly carry the songs, whilst in other places they simply serve to enhance and thicken the aural assault.

To give this next paragraph context, I think a confession is required, I didn’t go in for Forever as much as most people. I don’t know why, but I didn’t. I think maybe I found it just too jarring. Too disparate. I accept that I was in opposition to the prevailing taste consensus of other heavy music fans, but that’s the way it is. On Underneath however, I feel that Code Orange have made a quantum leap in their grasp of groove, melody, composition and the melding of conventional heavy music with the shock tactics that characterised the last record to a frankly extraordinary final result. There are moments on this record that make me think of The Prodigy, there are moments when I’m reminded of Type O Negative, there are moments when I think of Slipknot and there are vocal lines that could sit equally in a pop song or a 90’s alt-rock anthem. All of this wrapped up in one of the most sublime and exceptionally versatile production jobs you’ll ever hear, courtesy of a number of people, but primarily Nick Raskulinecz (Alice in Chains, Korn, Mastodon, Deftones). That production also helps achieve something really key. Retention of the band’s signature savagery and obtuseness. It’s quite a ride.

Songs like “The Easy Way” and “Sulfur Surrounding” show Code Orange’s increasingly impressive grasp of melody and Reba’s vocal is now not merely a satisfying addition, but a snarling, soaring cross between Brody Dalle and PJ Harvey. Some of the most anthemic moments on a record brimming with them belong to Reba’s dramatic impact as a vocalist. Jami has stepped up as well, becoming akin to a frontman in recent live performances, while still responsible for drums on the record. On top of this, his raspy hardcore approach does now have greater range and dynamics as well whilst still being discernible as no-one else but Jami. Outside of the vocal attack, both guitars and drums have heavy industrial influences twinned with hyper-modern effects and production. I’m still coming to terms with how something that is theoretically so excessive still feels so perfectly cohesive. I think that at this point Code Orange only sound like Code Orange, so you can’t see the lines where the different influences are stitched together.

When I use words like anthemic or pop, I imagine the Code Orange army are probably going to be ready to tar and feather me and I would understand why. That’s not where Code Orange live musically, and to suggest that this record is led by those influences would be inaccurate. After the intro track “(deeperthanbefore)”, the first full track is recent single “Swallowing the Rabbit Whole” which does a good job of both welcoming back old listeners whilst introducing the record in microcosm. Disclaimer: it will still simply be too much for a lot of people. And despite their aspirations, I’m sure Code Orange are aware of that. I’m just glad they haven’t compromised one iota in the creation of this record. You’re hit with piano, both clean and screamed vocals, electronic glitches, groove-driven breakdowns, a variety of manipulated samples and basically everything in between. Yes, it’s wild and ferocious, but it never feels undisciplined and never loses touch with the sense of craft that lies at the heart of this record. Every millisecond has been diligently pored over to arrive at this final result.

It’s an almost impossible task to try and review a record like this in a piece short enough that people are going to be willing to read, I’m realising. I could talk about this record for a long time. And ultimately, I will be in one capacity or another, as will a lot of other people interested in underground or heavy music. I’ve seen some people suggest this could be a mainstream-breaker of an album (to maybe a nu-metal level) and sadly, I just don’t think that’s possible with music as difficult and as heavy as this. There are isolated moments (songs, even) that could drag people in, and I desperately hope that happens, but if Forever was a watershed moment, then although Underneath could theoretically be the tsunami that breaks down the ever-present genre barriers, it could just as easily be the high water mark where the wave breaks and rolls back. Bands like Code Orange don’t come along very often. I just hope that they get the support and recognition they deserve to keep them as hungry, weird, and capable of producing records of this almost peerless originality, ambition and quality for as long as possible. This album is a rare treasure and should be enjoyed and revered as such.

The Bombpops: Death in Venice Beach