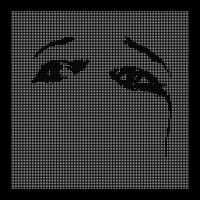 Deftones are a gift. It's always a pleasure to listen to new music by them and Ohms is a welcoming experience for sure.

There are 10 tracks here that run the gamut of highs and lows, heavy and soft, fleeting and lasting, all culminating in an organic combination of everything they've ever done before.

Terry Date came back to do production and he's really the only guy who understands the Deftones. He's able to bring out the best of them and play to their strengths.The decision to allow Frank Delgado move to the front of the pack was a wise choice. His use of synths and dynamic atmosphere is a very nice addition to the overall sound on the album. He is the shining star here and tracks like "Pompeji" and "Error" showcase his Dark-Wave influence on the buildups of those tracks which soar to open ceiling heights. "Pompeji" has an ending reminiscent of Vangelis's Blade Runner score. Fits the worldly theme of despair some feel that we are going through...

What's on the opposite side of the razor here is the familiarity of the The music. The Deftones "drug" of addictive euphoria mixed with a sometimes scathing ugly mood is ever present as well, as it should be. Once you take hold of such a drug it's hard to put down and the seething addiction clenches you tightly. You can find this notion on tracks like "Ceremony" and "Urantia" where Chino Moreno just soars to the upper heavens of colorful bliss with his singing. He's a cult favorite singer for a reason.
Stephen Carpenter is not to be missed either. His guitar work sounds more massive than ever. He's incorporated a 9 string this time and his use of it dashes any laziness some worried about, as many mentioned he did on the bands last effort, 2016's Gore. He's on full force metal mode here and the hints of Doom on the track "The Spell of Mathematics" and even some old school Nu-Metal riffage on "Radiant City" give the listener some ease as to what the man is doing.

The rhythm section of Abe Cunningham and Sergio Vega is super tight and the guys know how to keep the flow going too. Abe is really good on opener "Genesis", starting with a stick count then erupting like Godzilla bursting through a volcano. Sergio's bass booms on everything favorably also. It's just great production done by Terry and fans we're very excited about his return to the board. He produced the first four Deftones albums and even the now legendary, unfinished piece, Eros.

"Headless" is a slow banger, having some really dynamic leads and Lo-Fi background vocals which give way to an awesome wall of sound that Chinos' voice filters through like a haunting ghost. This leads right into title track "Ohms" which is not a typical Deftones album closer. It's really the most direct track of the bunch and since it was the first single released its the one most are familiar with. Once you hear the entire set the song makes more sense and it already feels like an old friend ready to take you home after a long night drive.

Ohms is a terrific album. You can tell the time the band spent making it was not in vain. This is super tight, not a waste of time, all wheat with no chaff.
2020 is a year never to be forgotten. New albums by bands such as Hum, Shiner, Respire, Narrow Head, Vein.TV, Nothing, Gulch, Infant Island, and Touche Amore give us hope in times of darkness where we can't see the forest for the trees. It's nice to have a moment where we can try to relax and listen to others express themselves with their work. In quarantine we have to be enclosed, kept safe from the outside world. At this moment Deftones have come along to help us out with an album that gives us a cure for the soul and an escape from reality.