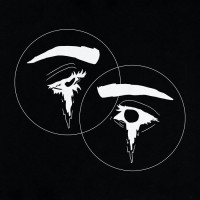 Seahaven are back after six years with their follow-up to the much-loved Reverie Lagoon: Music for Escapism Only. Since then, they’ve only played a couple of shows and posted a few cryptic tweets, but all went quiet. So it was a big surprise when they recently announced their new album, Halo of Hurt.

The band’s first two albums, Ghost and Winter Forever, showed them at their more immediate and aggressive. Somewhere within the emo realm, with hints of loud pop-punk at times, they had a knack for excellent choruses (see: ‘Save Me’, ‘Slow Down’, ‘Bottled’.) Then, in 2014, Reverie Lagoon came out and surprised everyone, as Seahaven traded in the immediacy for a 14-song, 52-minute album. A mellow, slow, genuinely beautiful record which focuses on dynamics, and takes its time.

Halo of Hurt is the result of the band trying to follow Reverie Lagoon, falling short and then starting again - as their singer Kyle Soto has put it in recent interviews. In fact, they scrapped an album’s worth of demos. This is actually plainly evident, as this album stands on its own. Less of a mix of the old and new, it feels fresh. More dark and conceptual than the band’s first two albums, yet much more aggressive and abrasive than their later work. Lead single ‘Moon’ is perhaps the best example, as it sounds distinctly fresh - although undeniably still Seahaven. While it builds throughout, it goes off in strange and unexpected directions - guitars cut out, drums cut out, and a big chorus never really comes.

Surprising is perhaps the best way to describe the album’s sound, not just its release. Most of the songs seem to defy expectations. Opener ‘Void’ starts slow and menacing, with a low hum of bass and swelling strings, before a huge guitar riff kicks in. The record definitely rips up the verse-chorus-verse structure, evident from the first track. ‘I Don’t Belong Here’ follows the same pattern - when you expect the first chorus, the percussion cuts out and cymbals swell rather than crash.

‘Lose’ is one particular highlight, sounding perhaps the most like something which could fit in on Reverie Lagoon. It’s a stunning track, extremely simple with Soto’s vocals at the forefront over strummed guitars, a snare roll and a great bassline. ‘Bait’ is the album’s standout and continues this focus on dynamics, building throughout, from quiet vocals over guitar, to a big ending with the catchiest refrain of the album, ‘it might be a lifetime, a lifetime, you’re searching for something you’re not gonna find.’ Although only repeated once, it’s particularly haunting.

Closer ‘Eraser’ rounds off the album perfectly with strings, samples and a continuation of the dark feeling they have encapsulated across the album’s nine songs as it fades out quietly... It’s exciting that Seahaven are back with something which feels new and not intended to be a rehash of their previous work. Always one of the most mature bands from their scene and era, this album carries that on, and goes to show just how good a bit of time off can be.

Fuming Mouth: Beyond The Tomb [EP]

The Spits: The Spits VI