Photo: Elena De Soto
Seahaven began in 2009 as four friends in Southern California who shared a passion for the post–punk and indie sensibilities of favorites Brand New, Jawbreaker, and Crime in Stereo. After ex–Final Fight drummer James Phillips decided to take a break from the hardcore tendencies of his previous band, he joined forces with Kyle Chadwick, Eric Findlay, and Michael Craver to create a sound that has been described as âa somber combination of indie / punk elements and overtones that inspire and uplift your average punk–listenerâ.

Featuring a guest vocal performance from Jordan Brown of Set Your Goals on the track âLoveâ, as well as the crystal clear production of acclaimed producer Zack Ohren (Heartsounds, Set Your Goals), it is easy to distinguish the more pop–punk and lighthearted qualities of the bandâs youthful energy (the average age of the band members being 20) which at first glance is buried beneath the downtrodden lyrical content and darkened sonic musical passages of the debut offering. The combination of the two contrasting musical themes within the bands debut EP âGhostâ has proved succesful for the Torrance, CA four–piece, given the overwhelming positive rsponse to the record thus far. The band will be hitting the road in July in support of the album, and plan to stay on the road for the remainder of the year. 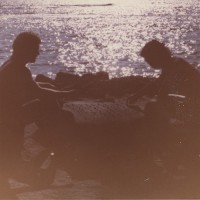 Reverie Lagoon: Music For Escapism Only 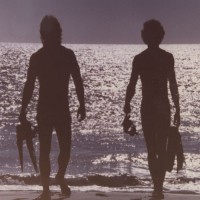 Reverie Lagoon: Music for Escapism Only