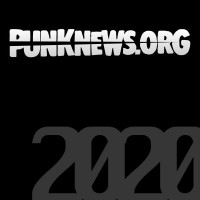 To say that it’s been an unprecedented year is both an understatement and a cliché that I’m sure you’re sick and tired of hearing. On top of the stresses that came with the constant threat of an invisible enemy in which we were distanced from loved ones, this fragile psyche of mine was also hit by the glaring, hollow absence of live music and shows. (Yes I know, a first-world problem.) Thankfully, on the flipside, 2020 was a year when I listened to more music than ever, exploring artists, bands and genres I don’t think I would have considered before. And interestingly, because of the now-normal isolation and uncertainty, I think I’ve gained a greater regard for the significant impact music has on my life and overall well-being. It’s exorcising and cathartic, therapeutic and healing, energizing and fucking inspiring – all things I experienced when repeatedly listening to the albums, EPs and songs humbly listed below. A part of me is a little embarrassed sharing (promoting?) such a subjective list based on my very personal tastes and moments, but I’m going to anyway because maybe you’ll discover something new or, at the very least, it’ll give you a satisfying opportunity to vent any criticisms in the comments section below.

During a bleak year like 2020, positive, upbeat music is needed now more than ever. Love it or hate it, ska is a welcome antidote these days, bringing breaks of warming sunshine in dark, cobalt skies. Revolution Spring does just that, but more. In some ways, it's a traditional, upbeat punk rock-ska album, but it's also one with lot of teeth that not only brings the party, but addresses serious, poignant issues like police brutality as well as systemic racism. Revolution Spring shows that there can be depth and conviction in a genre that isn't really known for it.

Since 2017's incredible Brutalism, Bristol-crew Idles is a band who I knew I would eventually love once I spent some time with them. Ultra Mono is where I've really got to know them and they're a fucking, mercurial, sensitive bunch, which I can relate to. While a lot of good music has been released this past year, Ultra Mono has an intensity that I've been craving these days ' especially as an energizing soundtrack for weekend runs. More people should know about these guys.

An artist who seems gets better and better with every release is UK singer-songwriter/troubadour Sam Russo who released an album I love playing in the car when I drive my toddler son to daycare on weekday mornings. A true believer and punk rocker at heart, Sam brings a fire to Back to the Party not always found on your typical acoustic record, let alone straight-up rock and roll. Hearing the energy and passion on these relatively toned-down songs just makes me fantasize what he would accomplish in a punk band.

January was a strange time. The pandemic had not yet hit, I started a new job, and my wife and I were in the final months of the first year with our toddler son. In retrospect, it had a kind of calm-before-the-storm vibe. The rainy gloom of the Vancouver winter was taking its toll as were the antics of the former-president/clown south of the border. 20/20 Vision made this time more bearable, injecting some fire and melody into a bleak time, showing me that positive change was not only possible, but achievable.

A severely underrated band, Wolf Parade, for me, has always been a cornerstone of the indie scene or whatever you want to call it these days. As a Canadian, I never understood why this band never equaled Arcade Fire's popularity and I've wondered if they feel the same way. I'm glad they never threw in the towel because we would have never gotten Thin Mind and the equally-as-amazing albums before it. Guided by Dan Boekner's expressive vocals and Spencer Krug's signature keyboard, these songs clichÃ©dly take their traditional sound and somehow make it better and new.

Probably the most punk record of the year, RTJR is a loud, bold fuck you to those trying to keep their knee on society's neck, holding back all of us who want to move forward. Anyone can get angry on a mic, but it requires the measured oratory and vision of Killer Mike and El-P to sufficiently express the frustration and vitriol of 2020. This album is an eloquent, constant drum beat that will rally the good guys when nothing else can. If the politics of this year could be summed up in an album, RTJR would be it.


4. Get Dead: Dancing with the Curse

I've been looking forward to a new Get Dead record for years, mostly because I was excited to see where these talented guys would go next after the very rad and bar-raising Honesty Lives Elsewhere. Where they ventured next was October's Dancing with the Curse, a supremely solid album that takes the genre and plays with it, mixing rhymes and reggae riffs with straight-up rock and hardcore. This chameleon is a big step forward, really highlighting Sam's gritty vocals and cadence, as well as the band's musicianship and evolving chemistry.

After Volume 2's announcement, I was expecting a COVID-typical, yet solid collection of Bouncing Souls' songs being played acoustically. I wouldn't say that my expectations were low, but I certainly did not predict that I would love this album as much as I have. Much more than just softer versions of Souls songs that you can listen to with your parents, these are reimaginings of some already amazing tracks, taking them to a level/world/emotional space you never knew possible ' 'Hopeless Romantic' is new experience for me now.

When the Larry Arms announced plans to release a new record, of course the expectations and buzz were high. The Chicago band is one of the most consistent and creative bands in punk and beyond, regularly releasing inspired, lyrically-exceptional music. This includes Skeleton Coast, a concept album of sorts (but an unpretentious one) that paints vivid images of a mythical world created in the band's creative heads. The one-two punch of co-vocalists Chris McCaughan and Brendan Kelly is one of best writing partnerships in punk rock and beyond and this album is strong proof of that.

During every one of the 14 years since 2006's Threes, I wished and prayed for a new Sparta album, even making the odd animal sacrifice to appease the music gods (I kid). Trust the River made it absolutely worth the sometimes-painful wait. Overall, it's what I want from Sparta record; heavy and soft, sullen and joyful, pensive and imaginative, but together harmonious and complementary like a good story. The dark moments are balanced out by light ones, all narrated by Jim Ward's still-strong, haunting vocals and words ' I just hope he doesn't make us wait for more than a decade for the next one.