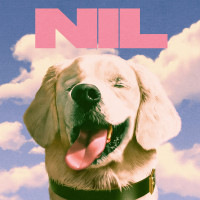 You know the phrase “use it or lose it”? I’m a bit worried that it could end up being applicable in the case of the The Dirty Nil. The Ontario-based power trio have been on an extraordinary run of form since their 2016 full-length debut Higher Power, improving their live shows, their recorded output and seemingly everything else they’ve turned their hand to. But here’s the thing; they still seem to occupy a borderline ‘cult’ slot in the alternative music world. And I’m struggling to understand why. The Dirty Nil make huge, towering rock songs that could be as easily taken to heart by fans of Pup or Turnstile as they could by fans of Motörhead, Metallica or Green Day. So why aren’t more people losing their collective shit over this band?

To be fair, they have only had 2 studio albums to their name until now. 2018’s Master Volume showed a big leap forward in songwriting craft, consistency and truly memorable moments. So taking a step up again is a big ask. But they’ve managed it. I really didn’t think I’d be able to say that, but it’s true. You may well have heard at least one or two of the singles from this record, given that 4 have been released prior to the record dropping, but if you have...well. They’re superb, right? Each of them with their own character, but continuing the trajectory from the last record, they’re immediately memorable, anthemic, relatable, and are just crying out to be played live. “Done with Drugs” and “Doom Boy” each have some of the most glorious singalong choruses in years, “Blunt Force Concussion” leans into a college rock/slacker vibe while “One More and the Bill” is a sub-3 minute love letter to self-medication with a Brian May-influenced solo in the middle. These songs are bigger than most of the shows the band have played up to now, that’s for damn sure.

But it’s the remaining 7 unreleased songs on the record that are the most impressive to me, in an odd sort of way. Where it might be easy for a band who trade in these sorts of songs to write a couple of huge rock bangers and then pad out the rest of the record, there is no such complacency here from Luke, Ross and Kyle. “Ride or Die” is a wrong-side-of-the-tracks love song with thrash metal influences proudly worn, “Hang Yer Moon” feels 90’s Britrock in its style; a combination of grunge and Ramones-style earworm melody. Think Feeder, or even the recent Dinosaur Pile-up record. But fuck it, I’m not going to continue picking through song-by-song because it’s all great. Huge, life-affirming rock songs, played with passion, vigour, humour and authenticity. And if that sounds like it could be latter-days Foo Fighters anonymous, then that couldn’t be further from the truth. As soon as I hear the first bars of any of these songs, I know it’s The ‘Nil because I feel the smile spreading across my face and the exuberance of the band starts coursing through my own blood stream.

It’s probably worth touching on the creative process of this record. Specifically, how in the early stages of lockdown, the guys decided to push on in spite of the coming darkness, recording takes separately where necessary and grinding out the record as a means of staying sane and having something to collectively focus on. As such, it’s a record that is borne of the current circumstances while not actually referencing it at all, which at this point is actually pretty refreshing. It might just be me, but you can also feel the sense of release and catharsis in the performances and it’s absolutely joyous.

Some of what I’ve said here is the grounding for my concern about The Dirty Nil. They make superb music, with heart and unique style. They’ve been doing it for a fair while now and yet they’re nowhere near as lauded as they should be for it. What I would suggest is this; listen to this record. If you like it (which you surely will), then tell you friends. Buy tickets, buy some merch. Do whatever you can to elevate them, because bands like this are not ten a penny. They’re important. And when we’re seeing established acts having to call it a day in the face of the increasingly-difficult economic landscape that artists face at the moment, records like this - 35-odd minutes of fist-pumping rock songs from the very top drawer - need to be celebrated and rewarded.