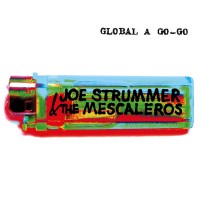 The Clash was one of the few `77 era punk bands to stay relevant; The Pistols imploded and the Ramones fell into the trap of rewriting the same album over and over. As the Clash progressed they incorporated other styles into their sound, largely due to front man Joe Strummer. The band's epic London Calling ventured into rockabilly, R&B ska and reggae. Its follow-up, "Sandinista!," was more diverse still: adding elements of rap, dub and gospel (even a children's chorus). "Sandinista!" was one good album spread thinly amongst three records. It was a concept frowned on by closed minded rock critics that has been successfully resurrected here.

Strummer has a fascination with the concept of world music. He has once again put himself in the role of global DJ, and delivered an album every bit as tight as the Clash's best, only succeeding where "Sandinista's" ambition failed. Strummer would never have done this without the Mescaleros, and they cannot be overlooked. This is not a typical "solo-artist" work and the tightness of the group really shines. "Global" is much more of a cohesive group effort then Strummer's previous singer-songwriter based "Rock Art & The X-Ray Style." No other band can, from song to song, include so many musical instruments without sounding forced (just to name a few of those instruments: violins, bongos, flutes, wurlitzers, glass harmonicas, Spanish guitars, saxophones, accordions, synthesizers and a whole list that I've never even heard of). Strummer's lyrics are of the metaphorical, socially aware style that he used in the Clash. Hearing him on the attack again with such love and passion is amazing.

It's an overwhelming task to put any one track into a given style. The punchy folk opener "Johnny Appleseed" continues to grow on me. The slightly electronic funk-rock of "Cool'n'Out" follows, with just as much energy yet an entirely different direction. The song "Global A Go-Go" defies categorization. It best represents the myriad styles, amazing background vocals and classic-Strummer lyrics that flow throughout this entire work. Mid-album the songs slow down, and a stereo with a subwoofer will really heighten your enjoyment. The apologetic "Bummed Out City" builds in intensity and just brims with Strummer's rejuvenated song writing. The album ends with the seemingly never-ending Celtic instrumental "Minstrel Boy," which tops off at almost 18 minutes.

It doesn't sound like anything categorized as punk rock today. It's experimental without being pretentious. It's social protest yet not without a sense of humour. It's Joe Strummer just as relevant and skilled all these years later. I needed an album like this to kick me in the ass and knock my expectations out the window... Thanks Joe...

Strike Anywhere: Change Is a Sound