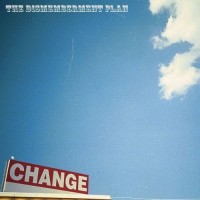 After writing a few reviews I realized how important the star system is to readers. You might not have time to read my pseudo-intellectual ramblings on why pop-punk mixes so well with hardcore or what band should be in the next Larry Clark film so the stars give you a quick indication of what I think of the current record in question. This got me thinking about five-star records (Punknews' highest rating) and what records I would rate this high. It only took a few minutes to find that one of my all-time favorites does not have a review on the site. With the aid of hindsight I can now give a proper review to one of my favorite albums and possibly raise the Dismemberment Plan's profile with younger readers.

The Dismemberment Plan started out as kind of wacky band taking on their D.C. roots. As they matured they toned down the wild antic songs like fan favorite "Ice of Boston" and began to explore more intense subject matter and subdued songwriting. The contrast culminated in what many people will tell you is their best album, Emergency and I , which featured both some goofy tracks like "You Are Invited" and more somber material like "Spider in the Snow." After the success of that album, they dropped the silly songs completely and released their final proper full-length, Change.

While Change is mostly a serious record, what I like most about it is how well-rounded it is. It hits near every human emotion in its 11 tracks. However, while much of the album takes several listens to fully digest, there are great moments that will catch the first-time listener such as the light-hearted 20-something love story gone wrong, "Ellen and Ben," and the awesome drums on "The Other Side." From there they manage to always invoke a strong atmosphere while still having a solid rhythm section backbone. They meander through D.C. post-emo grooves with tons of sophisticated chord changes, all while vocalist Travis Morrison lays down interesting melodies and often profound lyrics.

Morrison wrote some great lyrics during the D Plan's tenure, but is unmatched by his output on Change. A few highlights include the atheist anthem "Sentimental Man": "There's no heaven, there's no hell. No limbo in between, I think it's all a lie. Just a white light out to velvet black, then back to neutral gray: that's all when we die." He continues the serious subject matter in "Come Home" with a phone call; "Called my dad to check in and to maybe find some common senseâ¦more or less. He says âcommon sense is such a scam' and I'm like âdad, what do you mean?' He says âyou're either wrong or right and life will go on either way, whatever you chooseâ¦' But I know that anger's alright, but bitterness no. Cold uncontrollably sad and unable to let go. It should be as easy as telling a scab from a scar, but I don't knowâ¦" These lines are all the more profound when you find out that it was written following Morrison's father's death.

The lyrics aren't all serious, as in "The Face of the Earth," where Morrison tells the story of a not-so-serious girlfriend spontaneously combusting. After the unfortunate incident he muses that he didn't know her family and none of her friends answered their phones so he gives up trying to tell anyone. Another favorite of mine is the bridge of "Ellen and Ben," which would be just another love story song were it not for the completely off-topic bridge lyrics: "When I was ten I had this book of modern fighter planes and F-15s and MiGis." Only the Dismemberment Plan could pull that off.

Musically, the band hits a ton of styles, but always sounds like itself. Each member is an accomplished musician and this is evident at all times. They all stand out at various times but also know when to lay back. To give you an idea of their sound, I like to think that Minus the Bear (while I like that band) is the Dismemberment Plan's one-dimensional kid brother. They have that same mix of groove and atmosphere but still existing in the post-punk and emo world. The Dismemberment Plan just takes the emotional and musical exploration much further.

The Dismemberment Plan is a quintessential example of a band that was better than the sum of its parts. Vocalist Travis Morrison never matched the profundity of his D Plan lyrics in his two solo albums and bassist Eric Axelson spent some time in Maritime, a good band for sure, but not a situation for him to flex his musical muscles in as much as in the Dismemberment Plan. Either way, the band left us with two amazing records in Emergency and I and my favorite, Change. They are well worth checking out.

Streaming Music: Unofficial MySpace page with "The Face of the Earth" and other songs.