Thrice drummer Riley Breckenridge recently took the time to answer a few questions we had for him, including queries about their forthcoming full-length which they recently entered the studio to officially start work on. It'll follow up 2003's Island debut, The Artist In The Ambulance. 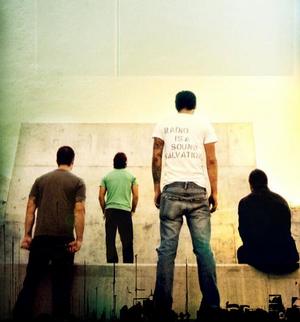 What are you looking to accomplish on the upcoming full-length currently being recorded? From the studio journals, it looks like this could be the most mellow and/or dramatic album yet. How do you plan on incorporating the jazz influences spoken of with the generally more heavy sound you've had in past releases?

As we have with the past records, we're looking to challenge ourselves as musicians and songwriters, and do something different than what most people might expect from us. We're incorporating a lot more varied instrumentation (keys, rhodes, electronics, etc), so the dynamics between the mellow & heavy parts are much greater. We're all really excited about the way the songs are coming together, and can't wait to put them to tape.

Who do you think are the biggest influences on this same full-length? Any tentative song titles or release dates?

2 So far. The record will probably be out in late August / early September. Our biggest influences for this record have been everything from Danny Elfman soundtracks [to] Miles Davis, Isis, Hot Snakes, No Knife, the Pixies, Jimmy Smith, and Thelonious Monk.

Do you plan on doing another, perhaps again limited edition, special layout for the album?

Probably. David Eggers, one of our favorite authors, will be doing the layout. He does the layout for his magazine The Believer and his journal McSeeney's. His art is kind of iconography in nature, and we really wanted to do something different this time, musically and artistically. There's talk of doing a special edition mini-book to accompany the album, describing the motivation behind songs and the recording process.

Who have been your favorite bands to tour with since the release of …Ambulance? 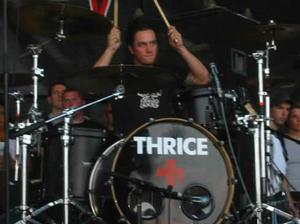 Probably Hot Water Music and Coheed And Cambria. We've done a ton of shows with both bands, so it was good to see them and hang out again. We went to Australia with HWM in February of 2004 and did a tour with Coheed and Thursday in November 2003. We did Europe with Vaux last spring and had a great time with those guys. Lots of laughing and graffiti.

What tracks on the B-sides compilation are you most proud of? Most embarrassed of?

I am most proud of "Motion Isn't Meaning" and "Eclipse". Probably because they're the most recent. They were hard to leave off the record (TAITA). I guess I'm most embarrassed of "Send Me An Angel." We did it as a joke, and we've never played it live. There's probably a reason for that.

How has everything been going with Island?

Really well. There was a big change in January 2004 where most of the people at Island moved to Warner Bros., which was pretty scary. But our A & R guy, Rob Stevenson, stuck with us which meant a lot. The new crew at Island has made us feel right at home, so we can't really complain.

How do you feel about the ridiculous new influx of bands deriving from your general style you started out playing that seemed to have appeared just in the past few years since it became popular in the underground?

I'm bored with it. It's time for something new.

Is there anything specific in your live(s) that's inspired your songwriting?

That's a tough one. I can't really narrow it down to specifics. It's a culmination of life experiences, a variety of musical influences, literary and film influences, and other random things along the way.

What new bands, if any, have caught your ear lately? 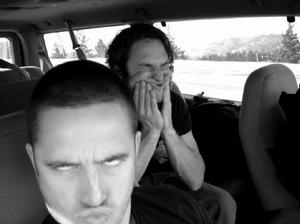 Veda, from Kansas City. They're a good rock band with amazing female lead vocals. I've also been listening to that new Comeback Kid record. It's been a long time since I've listened to anything really fast that wasn't metal. It's got an awesome energy that has been missing from a lot of what I've been listening to lately.

What are the tour plans for when recording is finished?

We're doing all of Warped Tour from June to August. Then we will probably head out to Europe, Japan, and Australia, and then do a headline tour in the Fall.

What would you be doing if not for music? I have no idea. Maybe writing or teaching. I had no idea I'd be in this band when it started six years ago, and have learned that you are better off leaving your options open and following your heart and seeing where it takes you. So I've got no idea what I would have ended up doing.