We recently received our little interview questionnaire back from Circa Survive vocalist Anthony Green. Yeah, I don't know either. 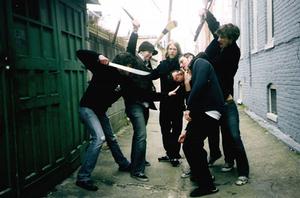 Please state your name in the band and function.

Did the Equal Vision signing have anything to do with This Day Foward's break-up?

No, they had broken up way before I even moved back home.

Anthony: Do you intend to pursue any of your other projects (Sound Of Animals Fighting, etc.) in the future, or are you focused solely on Circa?

Pretty much it's all for Circa, but maybe another S.O.A.F. [record].

If you could only listen to one album for the rest of your life, what would it be?

Is there a specific songwriting process the band depends upon?

Nah, we just try and rock really hard and shit just comes together. 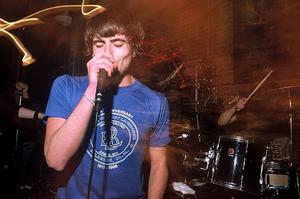 Juturna seemed to experiment with a lot of atmospheric touches and subtle, semi-climactic moments, something very different from most of the band's labelmates and peers. Is this what were you going for on the record? What were the biggest influences on it?

Shit -- it is what it is. I was very much inspired by the members of my band. We all love a lot of the same music/art/movies.

When can we expect more Circa Survive material? Has that even been given any thought?

Fuck yeah. We wanna always be writing -- we've talked about doing some shit with our demos-to-acoustic shit too.

I do. I decide everything; they're all my puppets (we all talk about it before we play).

Brendan: [Ed.'s Note: he wasn't available for the interview, obviously] A lot of the guitar tones and sounds used for Juturna seem rather similar to later This Day Forward material. Would you say you're picking up in Circa where you left off in TDF?

I can't speak for him, but if I could I'd say some fucked up shit.

Plenty reviews and otherwise descriptions have been labeling the band more or less as 'prog.' Do you feel this is an accurate term for what you as well as a few others (i.e. Coheed, Mars Volta, Dredg, etc.) are attempting?

I don't feel like we're attempting anything. We are a fucking rock band!

Are there any plans to release a single or shoot a video? 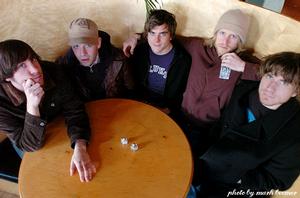 I think -- we still be talking about it.

Needless to say, the artwork for Juturna was pretty complex and surreal, and seemed to fit with the music rather well. Who was responsible for that as well as the layout?

What are the plans for the future?

Death From Above 1979 covers Bloc Party