Volcom has released the cover art and track listing for the Riverboat Gamblers' upcoming album To The Confusion Of Our Enemies. The record, which follows up the band's Gearhead released Something to Crow About , arrives on April 25th. You can preview the song "True Crime" now via the band's MySpace page.

The Riverboat Gamblers are hitting the road later this month with HorrorPops. They will appear on two SXSW shows with bands like Vaux, Turbonegro and the Hellacopters, and also participate in the Bamboozle festival. 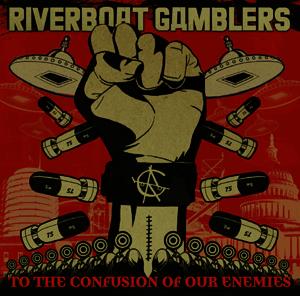 The Legion of Doom leak own album

Contests: The Loved Ones