Our own X-expert, Brandon Sideleau recently had the chance to speak to both John Doe and Exene Cervenka of X as they embarked on their co-headling tour with the recently reunited Rollins Band.

You can check out the interview below.

Speaking of the tour, we also spoke to Henry Rollins and you can check that out here. 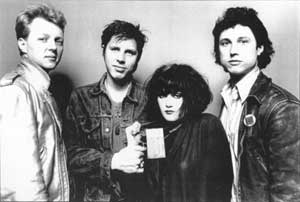 On July 30th, 2006 at the Canyon Club in Agoura Hills, CA I caught up with X members John Doe and Exene Cervenka for some very brief interviews (given the limited amount of time before shows)

How did the "As the World Burns Tour" come to be? Whose idea was it? You guys or Henry?

Exene- Management, they called me and asked if weâd like to do a tour with the Rollins Band and we, of course, said yes.

Have you guys ever played together before? Either with the Rollins Band or Black Flag?

Exene- I have seen both bands play but have not actually played on a bill with either one. I have, however, been doing reading shows with Henry since the early 80âs.

Is âXâ working on a new album at the moment?

Exene- Me and John have been writing and want to get it together but itâs hard with me living in Missouri. Weâd like to though.

So you guys are going to be around for a while to come right?

Is there any new music that youâve been listening to lately?

Exene- No, thatâs the question Iâm supposed to ask you! (laughs)

Yeah, I find the current state of modern music to be lethargic and lack intensity, so most of the stuff I listen to is older.

Exene- I have an 18 year old son and his favorite bands are X and a other older punk bands, he also likes some new stuff like the White Stripesâ¦..but not as much as the old stuff.

Has Henry ever approached you about possibly playing on his show? I figured you guys would be the first band on there!

Exene- His radio show or the TV show?

Exene- No, but if he ever did we would definitely do it.

Thank you very much for the interview.

I know youâre a very accomplished actor, are there any films you have been working on lately? 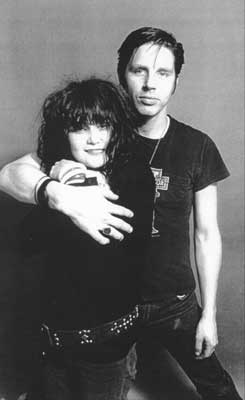 Which do you enjoy doing more?

John- The indies are better, so many major films released these days lack character. Thatâs why you have guys like Adam Sandler acting in a Paul W S Anderson film and I think Daniel Day Lewis is in his next one. With a guy like that looking for indie roles what chance do I have? (laughs) Of course, I would like to have the financial benefits of a major motion picture every now and then.

How do you manage to balance solo work, X and acting so efficiently?

John- I just make time for each one and work real hard when itâs time. Solo tours are usually booked much further in advance.

Do you prioritize any of them?

John- Not really, I just work really hard on whatever Iâm doing.

I just got your new solo record âForever Hasnât Happened Yetâ and it really blew me away. Do you have a favorite song on that record?

John- I like them all, they all have certain qualities that make them my favorite. I mean, for the slower ones, I really like âSheâs Notâ and for the louder ones maybe âReadyâ and âHeartlessâ.

When you write lyrics what point of view are you coming from? Is it emotional? Personal? Political?

I had asked Exene earlier if you guys have been working on a new X album, whatâs your take on the state of that?

John- Itâs a very long process because we want to get it done right. We donât want to throw something together. Itâs harder to write âpunkâ songs right now; when I was younger I never went into song writing trying to write punk songs, I was just writing whatever I felt and it happened to be like that. Itâs much harder to make soft music intense than it is hard music, because by the nature of it hard music carries a certain level of intensity.

So why the Canyon Club? Iâve noticed you guys play here quite often. My little brotherâs first show was an X show here a few months back.

John- Because the place is great, the people are really great and thereâs no barrier.

Yeah, I mean, you get here and it looks all conservative and suburban, yet they actually have some really great shows. Plus itâs so close to where I live so itâs perfect. So I take it thereâs going to be no barrier tonight? I was worrying that there would be.

Thanks. I'm looking forward to the show.

Tours: Drag The River / I Can Lick Any Sonofabitch in the House

Tours: The Draft post a new track from debut