Texas is the Reason to reunite 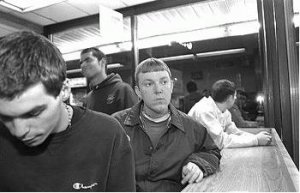 Via an Anonymous Source, Posted by Aubin Paul Revelation 16 years ago

According to AP, beloved post-hardcore act Texas Is The Reason will be reuniting for a single performance at the Irving Plaza on Thanksgiving weekend.

Originally formed by former Shelter guitarist Norm Arenas and 108 drummer Chris Daly, the band released a handful of singles but only one full length, the classic Do You Know Who You Are?. Just as they were alledgedly signing to a major label for the follow up, the band split up with members going on to join and form New Rising Sons, Jets to Brazil, and New End Original.

Most recently, frontman Garret Klahn can be found performing with Samiam guitarist Serge Lobokoff in Solea who will be releasing their sophomore full length in 2007.