Modern Machines “Take It, Somebody!” 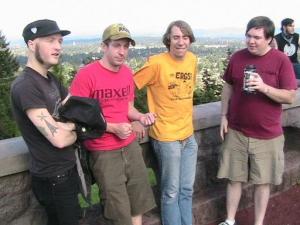 We're thrilled to bring you a full album stream of the new Modern Machines album "Take It, Somebody!". The full length is the Milwaukee band's debut for Dirtnap Records. It follows up 2005's Recess released Taco Blessing and 2003's New Disorder released Thwap!. Recess is putting out the LP version.

You can check out "Take It, Somebody!" in its entirety via the band's Punknews.org Profile. It won't take you long to see why this was such a fitting band to include on 1-2-3-4! Go's Replacements tribute.

Music: Sugarcult posts new version of "Do It Alone" video