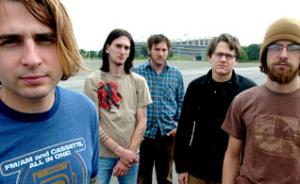 With the recent release of Archives, their collection of rarities released on Anti-Flag's A-F, an opportunity arose to have a quick chat with Darkest Hour and specifically their guitarist Mike Schleibaum.

We talked about life with Victory Records, the new album the reissue, punk-metal and the weirdest things about metal kids and punk kids.

You guys are celebrating your 10th anniversary this year. How does that feel?

Actually 2005 was the 10th anniversary, but it felt very sureal. I mean most bands have not been around nearly that long and its crazy to think I have been in the band since I was a sophomore in high school. It'salmost unreal really. But it's also cool to know that we took what we loved to do as kids and never stoped. That is a very special thing and also something that we feel really lucky to have been able to do.

You guys have been embraced by the hardcore/punk scene much more than any band with such defined metal influences. Why do you think that is?

I think it has a lot to do with our age as a band. When we were kids and just starting out Metal, Hardcore, Punk seemed a lot more defined and we were able to pick parts of those worlds and put them together. But now you have to be a metal band or a punk band. I think a lot of people have lost sight of great crossover bands like DRI you know like PUNK METAL!

Lyrically, Darkest Hour began as a very political act, but have moved to more abstract lyrics. Any reason for that?

Every song is about it's own story. We never set out to be a solely political band so John writes songs about what moves him. Sometimes its politics and sometimes its personal shit you just never know. But thats the beauty of music. It's all about expresing whatever, whenever you want.

Why did you decide to package up all this older material now? Any chance we'll see an expanded Mark of Judas anytime soon?

Mark of the Judas has a troubled past. Its like that first born son who has all thos problems and hangs out with the bad crowd. We'll see though, because it's still one of my favorite Darkest Hour releases and is a great record. Hopefully those who want to jam it can find it now and at somepoint it can resurface again as a classic DH re-release.

Victory has been in the news quite a bit lately. How has the experience been?

We are the oldest operating Victory band and that's got to say something. I mean Victory has grown so much its crazy and really DH has grown too. There is alway so much mud slinging about Victory but in reality record labels are record labels and shit happens so really you just got to rock out and do your best regardless of what logo is on the CD. 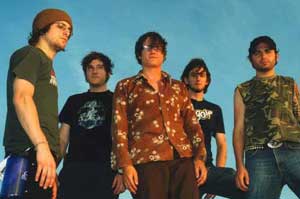 You guys have a ton of side projects (Nitro Tokyo, Spit On Your Grave, etc.) Any word on what we can expect from those?

Current DH Side Projects are: Nitro Tokyo, Suppression, Crop Duster, and Locust Factor. You never know when releases or anything might show up from these bands. Right now we are working on the new DH record so I can assume that things should be low key from the side projects but you never know as soon as one of us gets some free time anything can happen!

Your last album recieved a ton of praise, and we named it as one of the best albums of the year. I understand you're headed back with Devin to work on the new one next year. Any hints on what we can expect?

Hopefully, just an extension and growth from the last record. We eally want to push further and also remain DH. We want to grow but keep our identity. Thats what we have always been about. Devin's ideas are great to so I have no doubt that now with clear teamwork and trust that we have for/with Devin we are going to write a killer record. Were stoked to work with him again. Get me there now I am so stoked!

How did you hook up with AF? I imagine people were surprised to see that connection.

Sure but we did a tour with them and it just clicked. People always want to categorize shit but you know music is music and bonds can be formed all over the place in the most unlikely places. So really you just never know who you might make friends with next. Honestly though we couldnt be more happier then ever to have a release with those dudes. They are good guys and the record is a piece of history we hare happy to share with them and the kids out there.

Because of the hardcore/punk background, but "crossover" fan base into metal, what is the weirdest thing about metal fans? Punk fans?

You used to have one or two lengthy, atmospheric tracks on your albums, but with the last one, you guys stuck to shorter, more immediate songs. Any word on that? 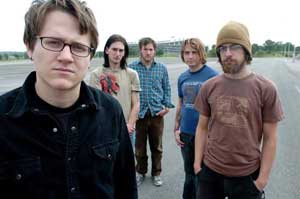 It was about makeing it as intense and bludgeoning as possible! We wanted to make a record that was both melodic and in your face. That definitely lead to shorter songs. I also think it had a lot to do with Devin's influence. I think it is safe to say the new DH will be along these lines but then again we do have a 13 minute instrumental track so you just never know. I mean we HATE to play by the rules so you can only wait and see what our demented minds might cook up!