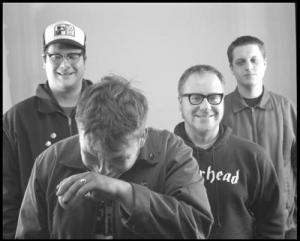 Naked Raygun have announced another show set to take place in April. The influential Chicago act officially reunited this past January after a successful showing at the 2006 Riot Fest.

For the show, the band has enlisted two other favorites, Bollweevils and Dillinger Four. The latter of which has been promising a new album for some time. The entire shindig takes place at the House of Blues in Chicago.