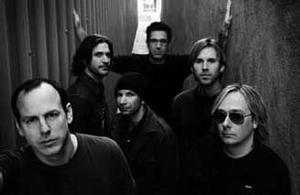 Details on Bad Religion's follow up to 2004's The Empire Strikes First have been unveiled. The band's new full length is titled New Maps Of Hell and will arrive on July 10, 2007 via Epitaph Records. The 17 song full length album was recorded at Grand Master Studios in Los Angeles, California by Grammy-nominated producer Joe Barresi (Tool, Queens of the Stone Age, Weezer).

As previously announced the band, now in their 27th year, will support the record by headlining this summer's Warped Tour. 2006 saw the release of the Live at the Palladium DVD along with frontman Greg Graffin's solo effort Cold as the Clay.