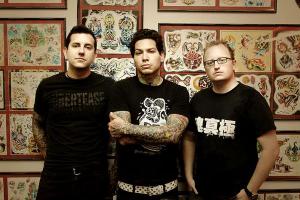 MxPx has posted a full album stream of their upcoming release, Secret Weapon. The album has been slated for release on July 17, 2007, and will follow up 2006's Let's Rock; as well as marking their return to Tooth and Nail Records.

The album is available for streaming on their myspace page.