The Tranzmitors announce UK dates in support of Stiff debut 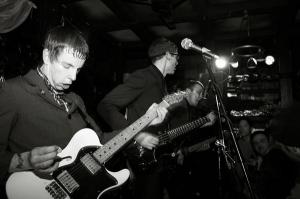 Via an Anonymous Source, Posted by Adam White Deranged 15 years ago

Vancouver's Tranzmitors will release their debut self-titled album in the UK on August 27th. The record, released earlier this year via Canada's Deranged Records, will be released by the revived Stiff Records in the UK. The legendary label was responsible for early recordings in the late 70s and early 80s from Elvis Costello, Ian Dury, the Pogues, the Damned and Madness among others. The Tranzmitors debut will be the first release on the label since September of 1987.

A UK tour supporting the release has been announced.

The Tranzmitors features members of the New Town Animals, Jeffie Genetic and His Clones and the The Smugglers.