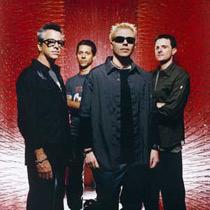 The Offspring has announced that Atom Willard (drums) has left the band to fully focus on his other project, Angels and Airwaves. Replacing Willard will be Pete Parada, formerly of Face to Face, Saves the Day and Alkaline Trio.

The band is currently hard at work on their follow-up to 2003's Splinter. The new album would have been the first studio-recorded album with Willard.

Tours: One AM Radio