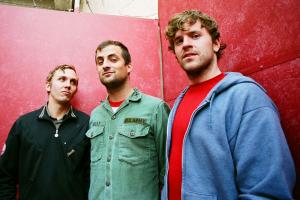 The Lawrence Arms have announced some dates for their 8th Annual Unbelievable Self-Indulgence Fest tour with Sundowner, the Falcon and American Steel. The band has dates scheduled from mid October until mid November so far, including a stop at The Fest in Gainesville, Florida. Now before you throw a fit that this tour isn't coming to your town, the band has promised "many more" dates to be announced.

Tour marks the first time that Lawrence Arms side projects The Falcon and Sundowner will tour the country, as well as the touring return of East Bay punks American Steel. The headliners have promised to break out the occasional oldie from their past bands like Slapstick and the Broadways as well.