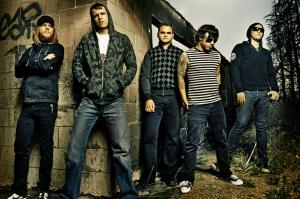 Atreyu has launched a full album stream of their upcoming major label debut. The record is titled Lead Sails Paper Anchor and is due out August 28, 2007. The album is the follow up to A Death-Grip on Yesterday which was released in 2006.

You can check it out on their myspace page.