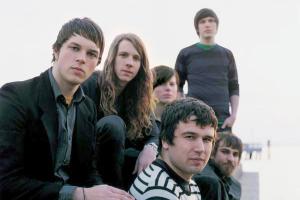 Say Anything has the track listing and artwork for their next full length. It will be titled In Defense of the Genre and is due out October 23, 2007.

The first single from the album is "Baby Girl, I'm a Blur." The record was produced and mixed by Brad Wood (Smashing Pumpkins, Liz Phair, mewithoutYou); according to the release, it is a double disc concept album.

The band enlisted a wide variety of guest musicians for the undertaking including members of My Chemical Romance, Dashboard Confessional, Alkaline Trio, Saves The Day and Rainer Maria. 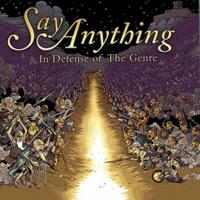