Anti-Flag enter studio with Tony Visconti for next full-length 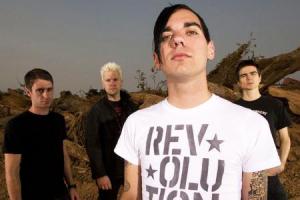 Anti–Flag has entered the studio to begin work on their next full legth, this time with producer Tony Visconti (David Bowie, Morrissey). The album will be the follow up to 2006's RCA debut, For Blood and Empire.

In a sense we are trying to create the most D.I.Y. record we've ever made. This concept is precisely why we chose Tony Visconti to aid us in our vision. This is the first album we have not recorded with a click track since our first release and we are trying to make it sound as live and having as much energy as possible. When writing songs for this album we set out to challenge ourselves and anyone who has any preconceived notion of what Anti–Flag means, believes in, stands for and sounds like.