The Husbands / The Makes Nice 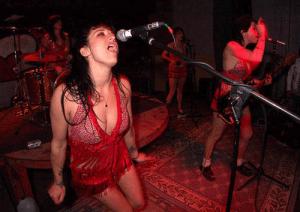 Swami garage punk act the Husbands will hit the road this November with psychedelic power pop act the Makes Nice. The latter features current and ex–members of the Fucking Champs, Harold Ray Live in Concert, and the Mothballs. The bands will join up with a number of like–minded contemporaries on the trek, including Montreal's Demons Claws and Boston's Turpentine Brothers along with groups like the Tampoffs and Birds of Avalon.

The Husbands are supporting their latest full length There's Nothing I'd Like More than to See You Dead as well as their new 7" released by Italy's Goodbye Boozy Records. The new wax features a cover of "The Hustler" by the Sonics and a new original titled "What The Fug is The Frug." The band will have it on tour with them in extremely limited quantities.

The Husbands / The Makes Nice