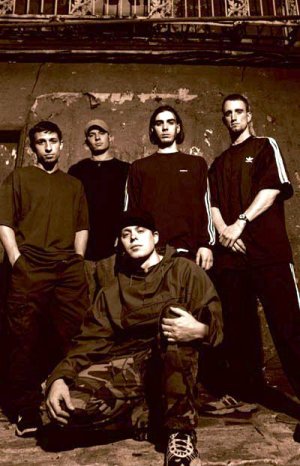 Influential metal/hardcore act Earth Crisis have announced the first of a series of reunion shows set for early 2008.

The shows will be supported by a number of acts including Terror, Sworn Enemy, Shai Hulud, Down To Nothing, and Recon. Formed in 1992, the band was notable for their militant stance towards animal rights issues and the straight edge lifestyle. Though the band split up in 2001, members remained active in a number of projects, and frontman Karl Buechner even surfaced last year to defend straight edge in an alarmist piece about the movement helmed by Geraldo Rivera.

Videos: Fear Before the March of Flames: "Waiting Makes Me Curious"