Elvis Costello to appear on new Fall Out Boy record 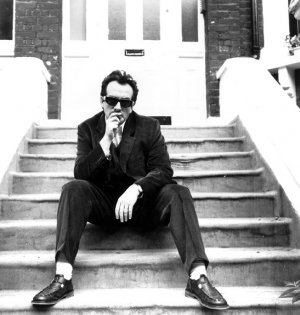 Contributed by aubin, Posted by Adam White Island 12 years ago

AbsolutePunk is reporting that legendary singer/songwriter Elvis Costello will make a guest appearance on the upcoming album from popular act Fall Out Boy. The band told the website that "this isn't a typical appearance as he's alongside the guys in a couple of the decaydance bands on the song."

The record, titled Folie √â  Deux, will reportedly feature a number of guest appearances by musicians from several genres. The group recently confirmed the participation of rapper Lil Wayne and Blondie singer Debbie Harry. Expect the record on November 4th.