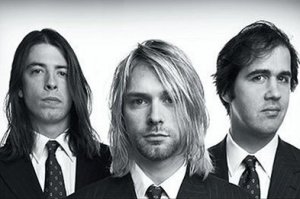 Via an Anonymous Source, Posted by Jesse Raub Universal Music Group 12 years ago

Legendary grunge pioneers Nirvana will see a retrospective book of interviews with the band and articles about the band compiled from 1988 through 1992. The book will be titled, unsurprisingly, The Nirvana Reader: 1988 – 1992 and will see the light of day through Rock Reader Books.

The compiler and editor responsible for the book is John D. Luersson. Says Luersson:

There have been way too many Nirvana books. So what gives me the right to put The Nirvana Reader together? Well, for one thing, I'm tired of the conjecture. I'm sick of the conspiracy theories, and I really just wanted to go back to the start and read about the band as they evolved during the first four years.