Minus the Bear hit the studio, look to fall release 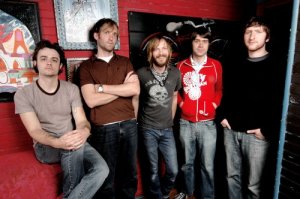 Contributed by inagreendase, Posted by Aubin Paul 13 years ago

Minus The Bear have entered the studio to begin work on their highly anticipated fourth studio album, still untitled. The band has enlisted with Grammy Award-winning producer Joe Chicarelli (My Morning Jacket, The White Stripes) and are planning to self-finance their new album, "giving them full control in an evolving industry." The band plans on releasing their new album on a yet to be announced record label.

The band released Planet of Ice in 2007 and are aiming for a fall release for the sequel.

Think Fast! Records to release This is Hell 7"