Ted Leo And The Pharmacists: “Where Was My Brain?” (demo) 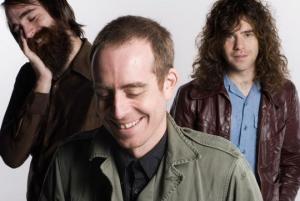 Contributed by Problematiclogic, Posted by Bryne Yancey Touch and Go Music 13 years ago

Ted Leo And The Pharmacists have posted a demo of a track recorded last fall. No word on when or if the song will appear as part of a proper release; Leo explained:

"Older "new" song - we've been playing some new stuff live for quite a while now, and since it'll probably be a while, still, before any new record comes out, I thought I'd just toss this demo out there. It's by no means the most ambitious of the new songs, but believe it or not, neither is it the simplest, and maybe it's just a good late-spring tour sing-along."

"Where Was My Brain?" can be heard here. The band last released Rapid Response in 2008.