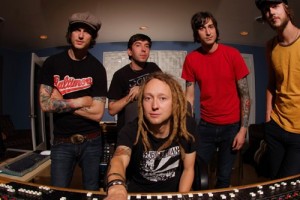 Strike Anywhere will head out on the road in the fall on a label package tour with Crime in Stereo, Polar Bear Club and Ruiner.

All four Bridge Nine bands will be supporting new (or eventually new) albums: Strike Anywhere's Iron Front is due out October 6; Crime in Stereo's as-yet-untitled album is slated for a February 2010 release; Polar Bear Club's Chasing Hamburg is out September 8; and Ruiner's Hell Is Empty is expected September 22.