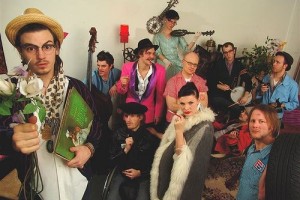 by Bryne Yancey 14 years ago

When released, the band's new album will be the proper follow-up to their 2008 self-titled debut, though they did release a 7" entitled Diggin' in the interim.

Interviews: Brett Adams (The Riot Before)