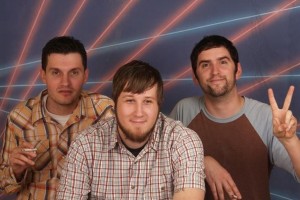 Contributed by kevinnunn, Posted by Adam White No Idea 13 years ago

North Lincoln has pushed back their final show to January 16th, 2010. The gig will now take place at Mulligan's Pub in the band's hometown of Grand Rapids, MI and feature Cain Marko and (tentatively) Toronto's Junior Battles. North Lincoln will play two sets, one of older material and one of new songs, with the entire show to be recorded. The show is free and the band will have prizes to give away as well.

Over the years, North Lincoln issued material through Salinas Records, Yo-Yo Records, Kiss of Death and No Idea, who released the band's final full-length Midwestern Blood earlier this year. That record can be streamed at the band's Punknews.org page.

Videos: Between the Buried and Me: "Obfuscation"