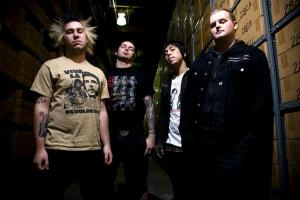 Via an Anonymous Source, Posted by Adam White Hellcat 13 years ago

California's Static Thought have posted a new song online. You can check out "Flames That Fuel" on the band's MySpace page. There's no word yet on what form the band's next release will take, but they have commented lately that there are many new songs in the works.

The band last released The Motive For Movement in 2008 via Hellcat Records. They're playing a show tonight at 924 Gilman in Berkeley with the Swingin' Utters. A European tour is planned for late January and early February of 2010.