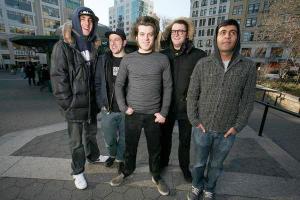 Via an Anonymous Source, Posted by Adam White Bankshot! Tours 13 years ago

Last night Long Island ska / punk / hardcore act The Fad played their first show of a five date reunion tour. The event follows up a benefit the band played in May of this year and will also be part of the tenth annual "Skalidays" charity event thrown by Murphy's Kids in Richmond, VA. The tour will include bands like the Hub-City Stompers and Two Man Advantage on select dates throughout December and early January. .