Here's another trio of Best of 2009 lists. Today we've got lists from Dave Hause of the Loved Ones, Jeremy Cochran of Smoke or Fire and Tobias Jeg of Red Scare Industries.

Check out Best of 2009 lists from members of Transit, Less Than Jake, Hot Water Music and more here: Best Of 2009 Lists.

Dave Hause of the Loved Ones 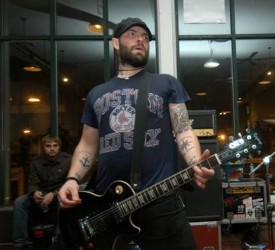 Jeremy Cochran of Smoke or Fire 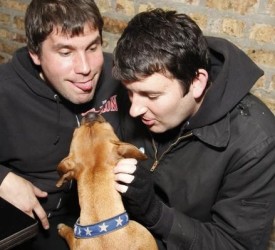 What's up, assholes?!?! Here's the list you've been waiting for. Adam told me that there's no format for these lists and that it's "anarchy", so I'm running with it. And I'm gonna do it all without referencing any Red Scare releases, because that shit goes without saying, right? Anyhow, I had a great year so I needed a top 20:

19 & 18 *tie*) The Seahawks winning the Super Bowl and Cal winning the National Championship: Wow. After years and years of disappointment, my dudes finally came through and brought home the big iron. Way to go, team!

17) Andrew Jackson Jihad "Can't Maintain": These wacky dirt merchants are the sweetest guys in punk rock and their tunes reflect that. Check out the song "We Didn't Come Here To Rock".

16) The 20 Belows "For Better Days": Copenhagen isn't just for breakfast anymore…it's also the hometown of the 20 Belows! These great Danes play a ballsier brand of pop punk than most other Ramones-core outfits. They also have badass names like Kasper and Ulrich, and one of them looks like Danish soccer star Stig Tofting.

15) The Avett Brothers "I And Love And You": Even though the Sidekicks and my GF love this band they're still pretty good.

13) American War "Rhetoric": Matt from The Sidekicks long-running solo project has some of the coolest songs I've heard all year. Warm melodies with just the right amount of instrumentation.

12) Weezer "Raditude": I haven't listened to this and probably never will, but that album cover is amazing. And let's be honest, it was a pretty slow year.

11) Reaganomics first show at The Mutiny in Chicago: Basically my favorite band to see right now. Impressive players, punchy tunes, and hilarious idiocy between songs add up to a helluva live show. Maybe those turkeys at Punknews weren't drunk after all when they decided to work with these guys and their other band, Ryan's Hope.

10) I FINALLY GOT A FUCKING WASHING MACHINE.

9) Nothington "Roads, Bridges and Ruins": This record is great and took me by surprise. So many good songs and I think they've become a better band than the bands that influenced them. Special note to Nothington: one of you guys left your Chocolate Axe Body Spray at my house. Special note to readers: I ain't making that shit up.

8) American Steel "Dear Friends And Gentle Hearts": I stand by my earlier Punknews review, you swine! I like a lot of the songs on this record and love the big hooky choruses.

7) I got engaged to a girl from Detroit: I think that means I now have a Juggalo-in-law.

6) The Copyrights/The Brokedowns split: Little known fact: this was the best No Idea release of 2009. Even lesser known fact: That this split was ever released, let alone on No Idea! Four awesome songs that just scream, "Fuck Tim Tebow!" Amen. What?

5) A little self-betterment in '09: I forced my dumb, lazy ass to stop patronizing nearby fast food joints and supported local, family-owned places instead. Just pick a shitty, faceless company that carves up our planet and choose not to support them anymore. Just one, like say…McDonald's. You can do it.

4) NOFX "Coaster": A really great record in my opinion. Way better songwriting than their last effort and some unique vocal production made it stand out for me. Some punk songs, some funny songs, and even some pretty dark, personal stuff to bum out the listener. Hey Mike, save it for Oprah.

2) CockSParrer, live at Metro in Chicago for Riot Fest: One of the greatest live shows I have ever seen: they mocked NOFX and played all the hits. I had a reserved table in the balcony with comped drinks and good friends. One for the ages.

1) The new Star Trek movie: Fuck you guys, it was great. You thought I was gonna go with Paramore, huh?

Lars Frederiksen of Rancid gives away skateboards to youth