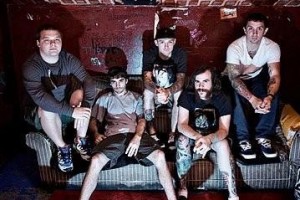 Contributed by inagreendase, Posted by Bryne Yancey 11 years ago

The folks behind United Blood Fest have announced some initial details about this year's incarnation of the festival. Now in its fourth year, United Blood Fest will be happening March 26 and 27 at Alley Katz in Richmond, VA. Thus far, bands confirmed to appear include Blacklisted, Madball, Cruel Hand, Rise and Fall, Maximum Penalty and others.