Down By Law: “Crystal” 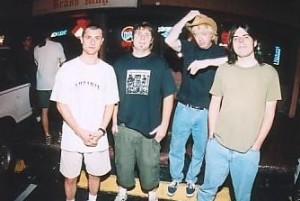 Down By Law has posted their first new song in quite some time. The veteran melodic punk outfit has released "Crystal," and a mix of the song will appear on a forthcoming Down By Law release. While they have not released a new album since 2003's windwardtidesandwaywardsails, the group has been performing periodically over the intervening years. The band features Dave Smalley of ALL and Dag Nasty and previously released the song "Bullets" 2008.

Far to release 'At Night We Live'