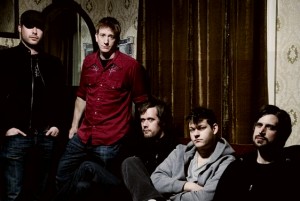 Contributed by aubin, Posted by Bryne Yancey The Mylene Sheath Tours 12 years ago

Beverly, MA's Caspian have announced a lengthy tour that will take the band all over North America and Europe. Different legs of the tour will also feature Arms and Sleepers, Red Sparrowes, Constants and Ef.

While the band continues to support their 2009 full-length Tertia, The Mylene Sheath will also be reissuing two of the band's past releases, You Are The Conductor and The Four Trees, both on March 16, 2010.

Tours: The Specials (US)