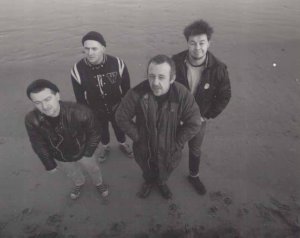 Contributed by enuffsaid, Posted by Bryne Yancey No Idea 13 years ago

Leatherface has posted a 'promo video' featuring clips of songs from their upcoming full-length. The Stormy Petrel is slated for a February 23, 2010 release through No Idea Records in North America and on the band's own Big Ugly Fish Recordings in their native UK. This will be the band's first new studio album since 2004's Dog Disco, and they've already planned a good amount of touring on this side of the pond; the band will also be releasing a split 7" with Yesterday's Ring in time for their tour together.