Crime in Stereo in-store at Generation 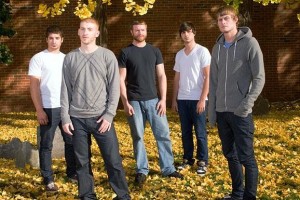 Tomorrow evening, Crime In Stereo will be playing an in-store at Generation Records in New York City in conjunction with the release of their new full-length, I Was Trying To Describe You To Someone. More information is available over at Late Night Wallflower.

The show is part of the band's previously announced tour in support of the record.